Lae a Good Place to Invest

The economy of Lae continues to grow as the major commercial centre of Papua New Guinea. The most exciting recent development in PNG is the much publicized LNG project and Lae as the gateway to the Highlands Provinces has benefitted enormously from this project. Most of the infrastructural requirements for the LNG development has been through the Lae Port, from where the goods are stored for transshipment or trucked straight to the Oil & Gas fields along the Highlands Highway. 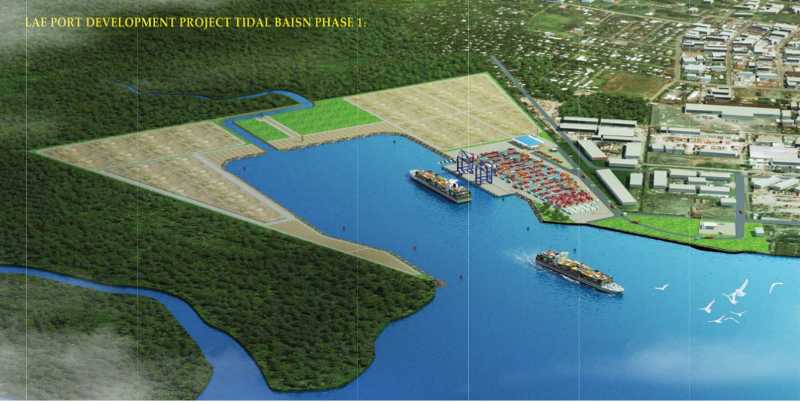 The Lae Port has become the most important Port in the Pacific and has struggled to keep pace with the LNG cargo as well as the increase in volume in normal cargo levels. Each day reveals 5 or 6 overseas ships anchored offshore waiting for a berth at the Port. PNG Ports Corporation is currently extending the wharf a further 150 meters to add to the existing 470 metres. Through an Asian Development Bank loan the Lae Tidal Basin project is underway, dredging out a swampy tidal basin area to the West of the existing wharf by one of our new members – the China Harbour Engineering Company. The completion of this project will see a further 250 meters of wharf area, by 2015 as well as land for Port related businesses.

The recent opening of the Morobe Mining Joint Venture Gold Mine at Hidden Valley in the Wau-Bulolo District of Morobe Province has provided a boost to the economy of Lae and Morobe Province. The Private Sector of course has benefitted from spin-offs from this mine. Morobe Mining are now developing a new mine at Wafi-Golpu in the Mumeng area of the Wau-Bulolo District, which is destined to become a world class Gold and Copper Mine. This exciting development will further stimulate businesses in Lae.

Tourism continues to show enormous potential but is hindered by lack or resources and facilities in the Province as well as the relatively high cost of Travel and Accommodation. The now defunct Morobe Tourism Bureau (MTB) that had successfully operated as a joint venture by the LCCI and the Morobe Provincial Government, was instrumental in promoting tourism in Morobe Province. With the Tourism Promotion Authority, the Morobe Provincial Government joined forces with the MTB to develop the Black Cat Trail, which is a historic walking trail and donkey track from Salamaua to Wau, where it allowed access to the rich Gold Fields in the 1920’s and 30’s, and saw significant fighting during WWII in the battle of Salamaua. This trail has become an alternative trekking choice to Kokoda Trail, and is used by tour operators for adventure tours.

Business benefits from the reasonably good infrastructure in Lae, where there is a regular power supply from the Ramu Hydro scheme, adequate good quality water and good communications. Lae City roads have suffered from years of inadequate maintenance, which saw most of the main roads collapse in the heavy rains in 2010. The National Government have injected a further K100 million into the Lae Roads, this year, adding to the K150 million in the past 3 years, which has seen the rehabilitation of most of the major city roads (many in concrete).

Why is Lae a good place to invest relative to other centres in Papua New Guinea? Current indicators show that business is doing relatively well throughout Papua New Guinea but more particularly in Lae, much of this is due to the following reasons:

Historically Lae based industry was linked to Highlands trade due to the geographical connection of Lae to the Highlands Provinces. A large proportion of products either fully imported or locally manufactured by Lae industries are transported along the Highlands Highway. In return Highlands produced coffee is brought back to Lae for export.

The world coffee prices climbed rapidly in 2004 and continue to climb to the current record levels. The resultant increase of cash into the economy has been a real boost to Lae businesses, with most businesses benefiting especially the transport related industries.

The PNG Government introduced improved incentives to mining and petroleum industries in 2002, which has led to an increase in exploration and development activity in this sector throughout the country. Lae is ideally located to benefit from this mining boom, as many of the developments rely on Lae for importing and exporting, servicing and delivering their supplies.  This is particularly relevant to the nearby mining developments at Hidden Valley, Kainantu, Wafi and Ramu Nickel.  The LNG developments add significantly to the good business outlook in Lae.

3. Government’s better management of the budget

The better management of the PNG budget for the past nine years has resulted in improved confidence by the private sector. Businesses have been allowed to get on and conduct business without government inspired disruptions. The resulting steady Kina and improved overseas currency reserves, has had a positive effect on the way business conducts itself in general throughout PNG.

4. Removal of some impediments to business

The Government has involved itself in a process to remove impediments to conducting business.  Whilst there has been some success, there is still a long way to go. In general however the Private Sector is happy with the fact that the Government has continued to show an interest in this process.

All the above indicates that business in PNG and particularly Lae is very healthy indeed.

The Lae Chamber of Commerce works closely with the Provincial and City authorities concerning the infrastructure deficiencies issues. We are ever hopeful that permanent solutions will be found to the perennial infrastructure problems.