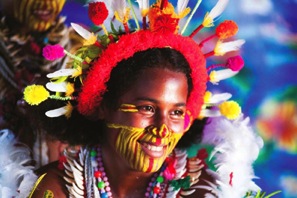 The Pacific Islands Private Sector Organisation (PIPSO) has announced that the 2016 Trade Pasifika will be held in Port Moresby, Papua New Guinea (PNG).

Trade Pasifika is a biennial trade show of businesses from the Pacific Island countries with the objective to offer an opportunity to grow and develop trade leads, meet and network with Pacific Island businesses and to create long-lasting relationships.

The inaugural event was held in Denerau, Fiji in 2012 followed by this year’s very successful event in Suva, Fiji.

The hosting of the 3rd Trade Pasifika Event in PNG was unanimously endorsed by the 14 Pacific Islands private sector members of PIPSO.

Trade Ambassador, Mr. Kaliopate Tavola said that the Trade Pasifika Steering Committee looks forward to working closely with the PNG Chamber of Commerce and Industry (PNGCCI) and other key stakeholders in planning and implementing the event.

The decision for PNG to host Trade Pasifika 2016 follows a proposal put to the 2014 Annual General Meeting of PIPSO held in Suva on Tuesday, 31st March by the PNGCCI.

PNGCCI is recognised by PIPSO and the PNG Government as the National Private Sector Organisation for Papua New Guinea.

President of the PNGCCI, John Leahy said the unanimous endorsement by our 13 Pacific island neighbours represents a vote of confidence in PNG’s ability to host major events and it comes on the back of plans to host the Pacific Games in 2015 and APEC in 2018.

With recent developments in the hotel sector, the expansion of multi-use sporting facilities that is happening with the Pacific Games and directs links with [eleven] international destinations, including many of the key Asian growth regions,  PNG is emerging as a serious contender for international events. Events like this will help bolster a positive image for PNG regionally and beyond and lead to greater trade and prosperity for all.

Footnote on PIPSO
As mentioned in the above article, PIPSO is the acronym for the Pacific Islands Private Sector Organisation which is made up of the 14 Pacific Forum nations, but has recognised other countries that enjoy observer status – including New Caledonia, French Polynesia and Timor Leste.

PIPSO was formed in 2005 when it was decided it would be based in Suva Fiji which is central to all the Pacific Islands nations. Alan McLay was the first PNG member of the PIPSO Board putting together a constitution, a structural framework, a funding and planning strategy and recruited staff. The current PNG Board member is John Leahy from the PNGCCI with Benson Nablu as his alternate member. A full time professional secretariat functions from an office in the Pacific Forum premises.

Initial funding from the UNDP and the Pacific Forum Secretariat, made the formation of PIPSO possible, with assistance also coming from the EU and AusAID. After the first meeting an annual fee was levied on each island nation, which was commensurate with their ability to pay, realising the disparity in size of the nations. Funding has since consolidated with most remaining to come from the above strategic partners. Many Lae based organisations have benefitted from PIPSO events – training, workshops, surveys and trade shows which the LCCI has advertised by means of our Newsletter, which are ongoing events.

History reveals that the LCCI has been involved in getting a Pacific Private Sector Organisation together since it played a senior role in establishing the PNGCCI in 1979. The LCCI Executive Officer John Cruikshank became the first PNGCCI President, which was Lae based until it moved location to Port Moresby in late 1980’s. The PNGCCI was instrumental in forming the Pacific Islands Chamber of Commerce & Industry in 1983 based in Suva, where John Cruikshank became the first Executive Officer. The organisation failed after 4 years after funding commitments from all member countries were never reached.

PIPSO has avoided the funding problems by taking on funding partners, and has grown into a strong, vibrant organisation that offers much to all the Pacific Islands Countries.